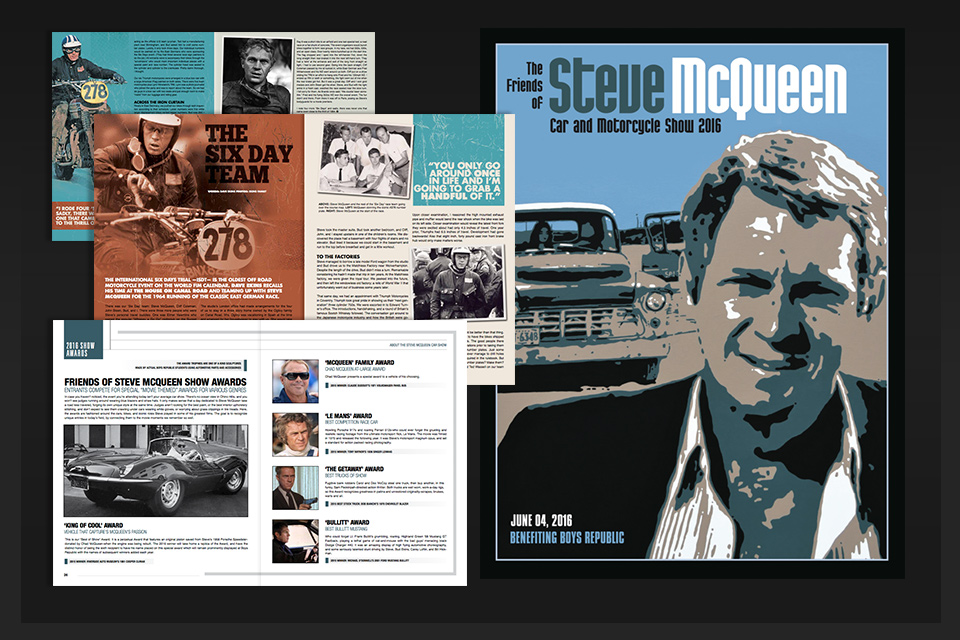 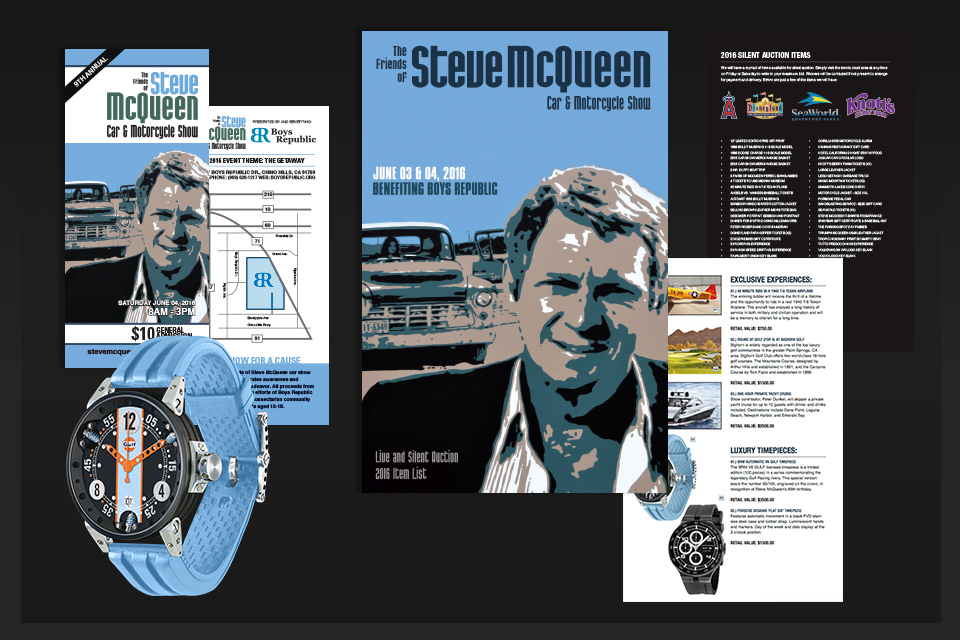 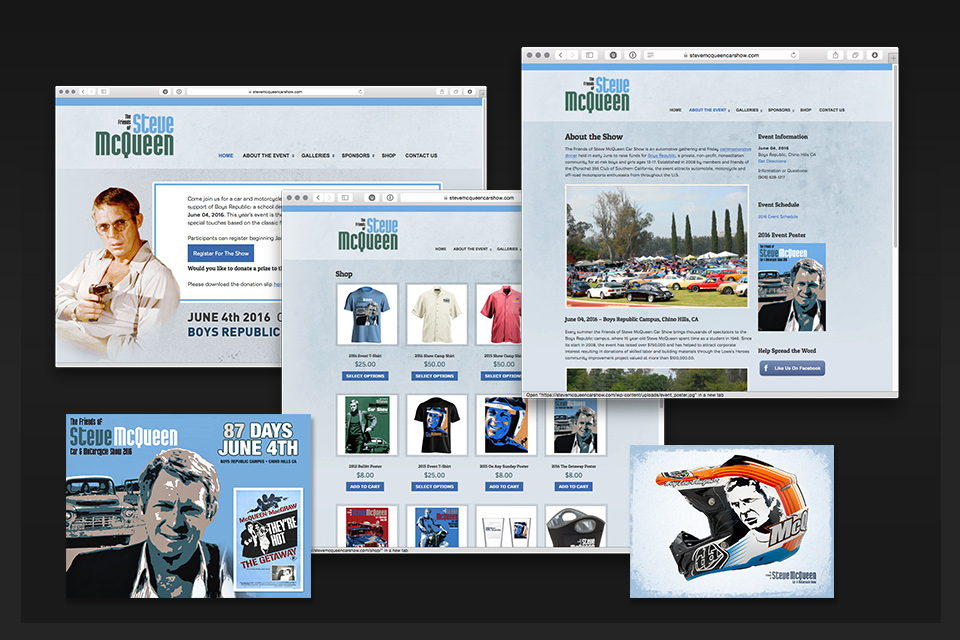 Steve McQueen was a marquee Hollywood actor and is still widely considered by many to be “The King of Cool.” His legendary performances in movies like ‘The Great Escape’ and ‘Bullitt’ resonate with automotive enthusiasts everywhere. Though the actor has long since passed, his namesake lives on with fans everywhere in the form of McQueen signature products. The McQueen family organizes the Steve McQueen car show each year to raise money for The Boys Republic in Chino Hills, California. We have worked with the charitable cause by designing their event collateral for the show. The car and motorcycle show has raised countless dollars for a great and reputable cause.