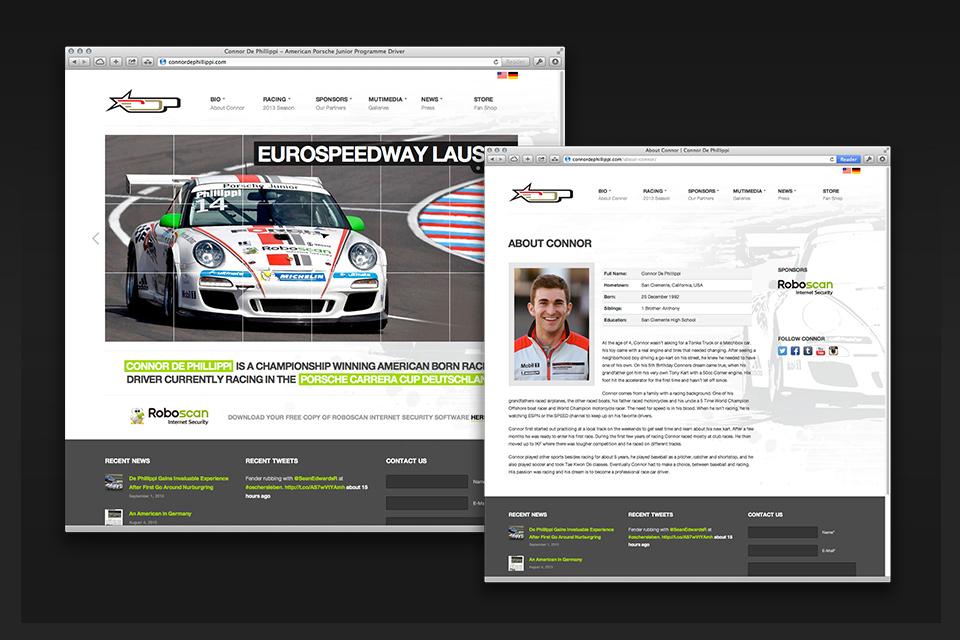 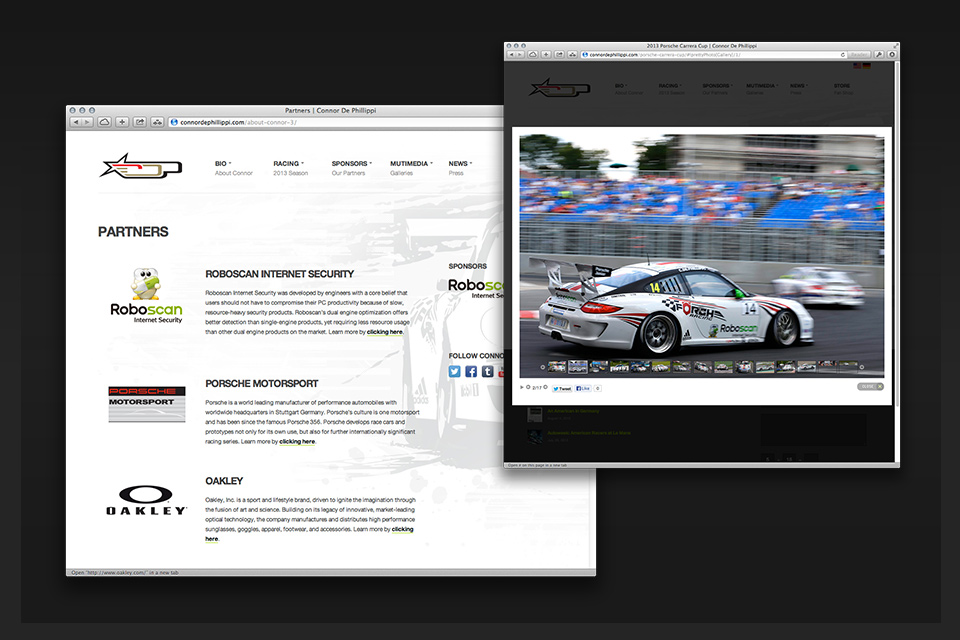 Connor De Phillippi is an American racing phenom with a bright future. He has dominated virtually every form of motorsport since he was a child and recently attracted the interest of the famed German powerhouse, Porsche. Eyenovation has worked with Connor De Phillippi for many years and recently designed a new 2013 web site for his recent signing with the Porsche Junior Program.

Because Connor is racing in Germany, the site had to accommodate fans who spoke the native language. The site features intuitive language translation tools and concurrent versions allowing his public relations manager to administer content in both places. See the site by clicking here.