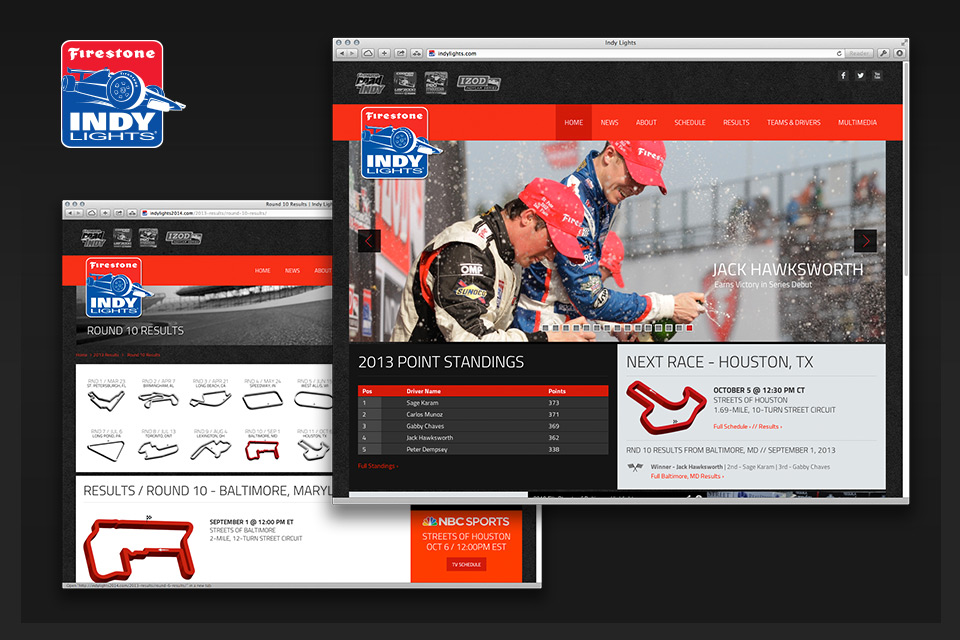 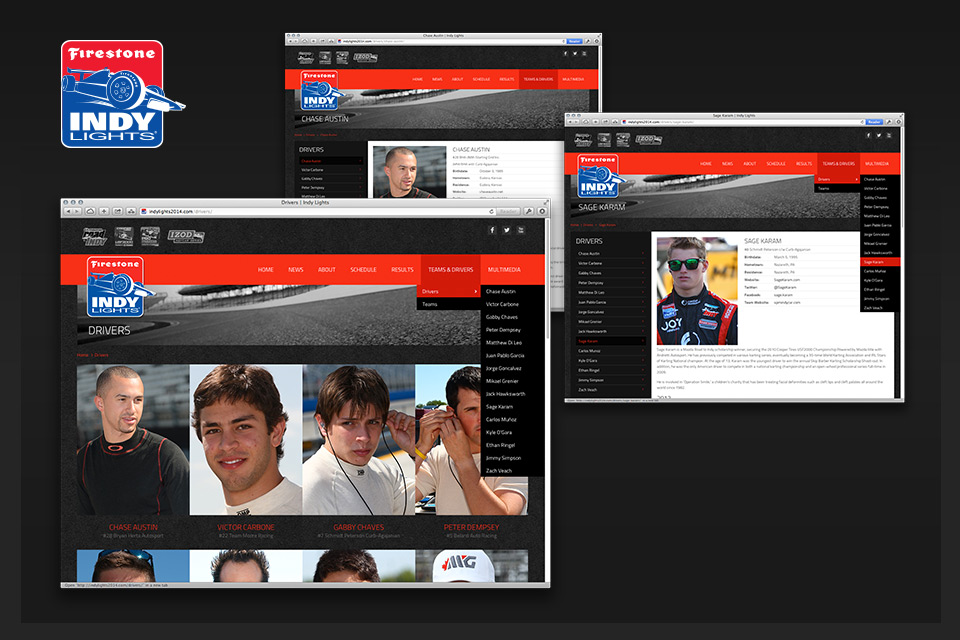 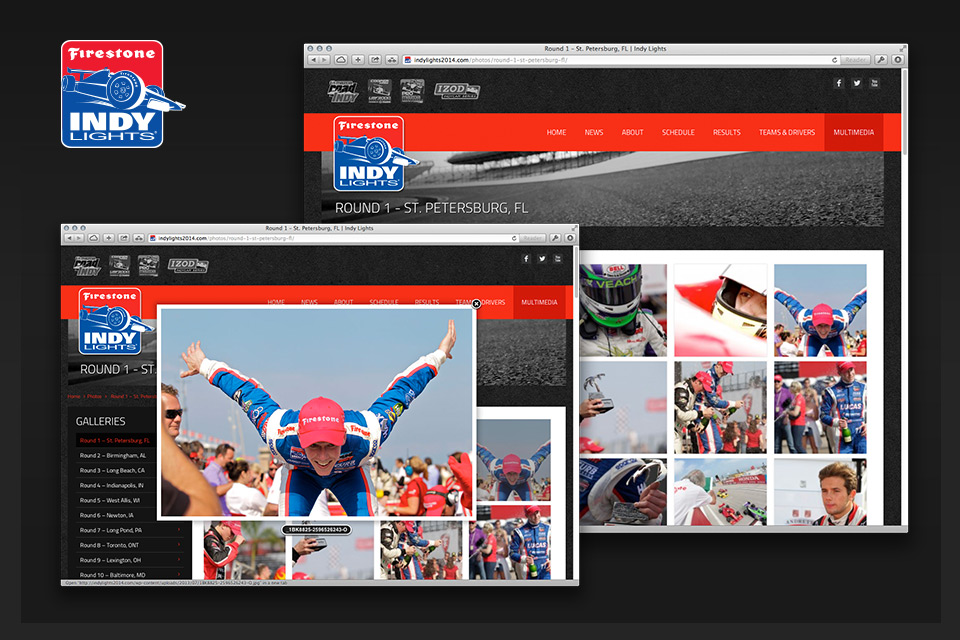 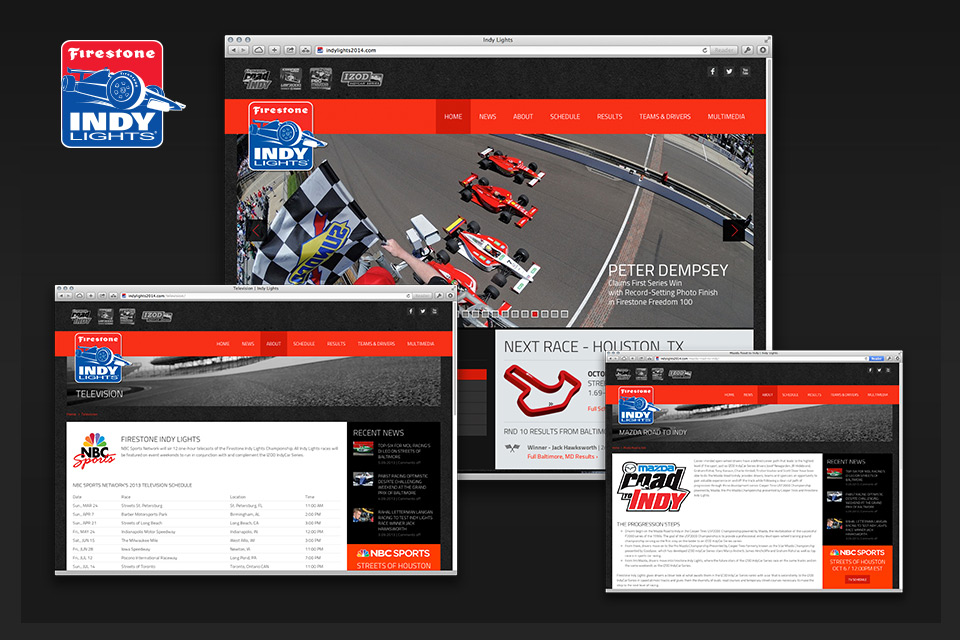 The IndyLights racing series was once one of the premier open wheel racing championships in North America. In recent years, the awareness and participation has dwindled. This has led to a change in ownership and a new management team with renewed interest in revitalizing the series. To kick off the next chapter, Eyenovation Multimedia teamed up with Manifest Group to create the new 2014 version of the IndyLights web site. The new presence incorporates a cutting edge aesthetic with modern technical features for fans and competitors alike.